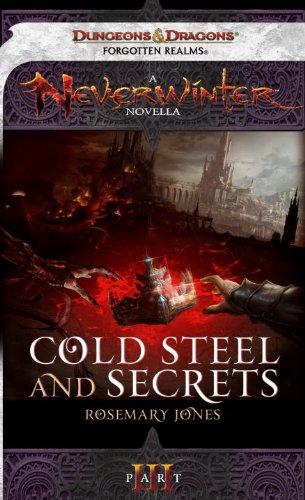 A mysterious key, the jogging lifeless, and a grisly homicide . . . The four-part Neverwinter novella maintains because the rebels locate the misplaced Crown of Neverwinter of their snatch. however the rebels are betrayed and Rucas Sarfael reveals himself stuck among his accountability and his middle.

New innovations for ardents, battleminds, priests, and psions. sizzling at the heels of the Player’s instruction manual® three middle rulebook comes Psionic Power™, a D&D® complement that explores the psionic energy resource in additional aspect. This complement offers enormous quantities of recent thoughts for D&D characters, in particular targeting heroes who channel the facility of the brain.

Cityscape gains city-building principles, new concepts for city-based characters, city-based encounters, and principles for city terrain. the sport fabric is totally appropriate with the D&D center rulebooks and contains timesaving instruments and counsel for any city crusade. the cloth during this complement is suitable for either D&D gamers and Dungeon Masters and comprises content material that appeals to either

Many of the other scars were more recent; the new inner wall, the watchtowers built from the rubble of broken buildings, the collapsed bridge. Then something caught his eye to the west. Thomrir stepped around the peak, out onto a narrow ledge at the edge of the precipice to improve his field of view. His heavily tattooed hand gripped the rock ledge as his braided head peered past the nearby crags and into the wooded slopes beyond. A slim trickle of smoke rose into the wind, almost unnoticeable, coming from a small copse of trees that ran like a river down the mountainside.

The temple was forgotten until just recently, when orcs from Kardoling moved east to build fortified positions overlooking routes into Kurgun territory. One patrol discovered the ruins and would have passed them by if the legate accompanying the patrol had not sensed power emanating from the temple grounds. The power he sensed was elusive, not concentrated in a single area or item. Unable to locate the power, the legate sent word to his master, Sunulael, who sent additional legates with more skill at ferreting out lost power.

In their final days weapons that could not be wielded were destroyed, mines collapsed, and farms sown with salt or fouled with molten lead. What could not be easily destroyed was layered with traps designed with an ingenuity bred from desperation. Food was laced with subtle poison that was designed to kill very slowly, its victims not feeling the first symptoms for days or even weeks. The dwarven dead were coated with the same poison or left to rise as Fell. Sulfur and camphor were hidden beneath the coals in the forges so that when fired they would destroy themselves and all who were near them.